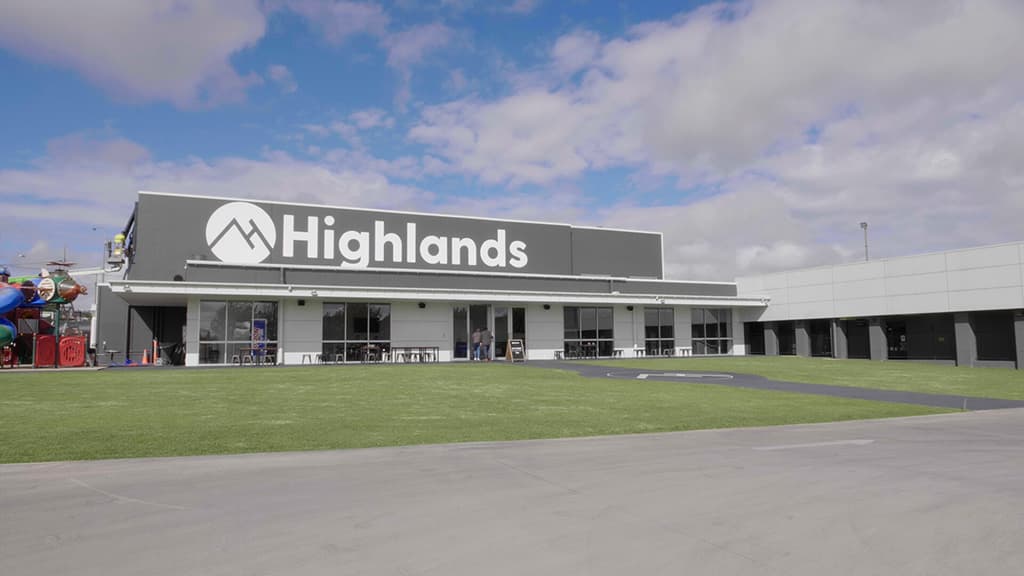 Highlands Church greets more than a thousand worshippers each week to its newly built auditorium in Queensland’s Garden City of Toowoomba. As well as three vibrant, contemporary worship services each Sunday, the 600-seat auditorium also hosts chapel services for the adjacent prep to year 12 Highlands Christian College during the week.

Installed above the high-tech stage with its massive LED screen backdrop, an L-Acoustics system based around the Kiva II ultra-compact modular line source provides exceptional intelligibility to the spoken word message, along with full-range, dynamic impact for the live music presentations.

The PA is the result of a two-and-a-half-year project that started prior to the construction of Highlands’ new auditorium. Local integrator Visual Focus was initially called in to improve the sound in the original, smaller worship space. There, the challenge was to provide a more even audio coverage in the room and overcome the acoustic difficulties imposed by an awkwardly positioned bulkhead. However, given that planning for the new auditorium was already underway, the brief also called for components of this new system to be able to re-deploy (along with extra elements) to the larger space when its construction was complete.

The client’s key criteria were twofold. From the pastor’s viewpoint, the system had to deliver absolute clarity for the spoken word, with 100 percent coverage throughout the room. Equally important for the music ministry was the ability to cater to the demands of a live band, providing clarity to the high frequencies and excellent gain before feedback for the vocalists while maintaining real punch in the bottom end for the bass and drums. 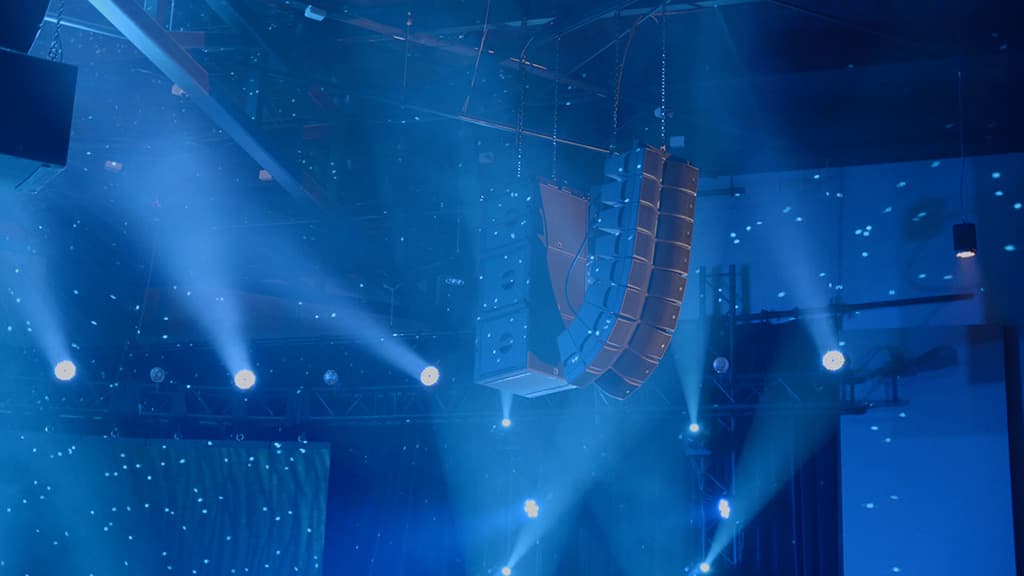 Starting from a conceptual design, the Visual Focus engineers set about selecting specific components that could provide the uniform, full-range coverage required as well as the flexibility to be seamlessly augmented when re-installed to the larger room. After modelling both spaces in EASE, the plots showed that different-sized arrays based on the ultra-compact L-Acoustics Kiva II (along with the matching K-series subs) would provide an optimal solution for both spaces, maximising the return on investment.

The initial, smaller L-Acoustics arrays produced excellent results in the original room, where they served for 18 months. Then, thanks to careful co-ordination during the auditorium building process, the augmented arrays, incorporating all the earlier speakers, were able to be installed, commissioned and calibrated into the larger space on a very tight timeline. The final components now comprise:

Visual Focus was assisted by Jands at each step including system design, installation and post sales support. When it came time to install the PA, the small window left little room for error. “We had about two days,” says Thomas. “We were able to get the PA installed, calibrated and tuned all in a very short timeframe. We then had Scott Harrison, L-Acoustics Applications Engineer from Jands in Sydney fly up to officially commission the system in person and hand it over for the clients.”

In the new auditorium, the final L-Acoustics system has delivered an extraordinary consistency of levels. Measured results during the calibration process were within just a couple of dB side to side and from the front row to the rear of the space. Jordan Anderson, the Highlands Church’s principal audio engineer, is very happy with the clarity, coverage and impact from the system. “Both the band and our [congregation] members are really pleased with how great the music sounds,” he notes. “They love to come up and give compliments — how great the mix sounded or how clearly they can hear the preacher.”